2018-3-11 Friday Fictioneers
Friday Fictioneers is a group of writers who enjoy a good challenge. Each Wednesday a photo is shared, and used as the prompt for writing. You can find the image on Facebook at the Friday Fictioneer's page, or you can visit Rochelle Wiseoffs blog for instruction.

THE CHALLENGE:
Write a one hundred word story that has a beginning, middle and end.
(No one will be ostracized for going over or under the word count.)
THE KEY:
Make every word count. 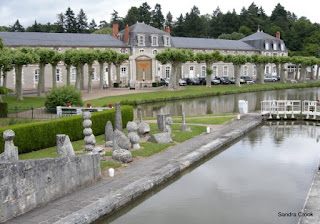 Clancy, groundskeeper for the Barrister’s for over fifty years, kept the shrubs pruned, and the walkways clear at Hollingshead. Guests would come and go with fancy cars and elite watches, while Clancy watched to see that the debris of their privilege did not clutter up the area. Every once in a while, Clancy added a new stone sculpture to the small green area near the waterway, but no one noticed. They simply nodded their heads, careened the corner, walked and talked business. Had they paid better attention, they would have realized where some of the guests make their permanent stay.

Images used in this blog are either mine, or come from Morguefiles unless indicated otherwise.
Posted by k~ at 11:40 AM No comments:

After a long drive across the country, the Rambler wagon looked as old as it really was. When we left California it was sparkling, the chrome was polished, the sandy beige paint waxed, and windows wiped, but now, she was dusty, and the bugs that didn't move fast enough to get out of her way had their own memorial on the windshield. The drive would be good for me, give me time to think about things. It had been nearly thirty years since I had been to the farm, and now it would be mine. I wasn't sure what I would do with a watermelon farm, but I was sure that we would be happy wherever we were, as long as we were together.

There was just enough room in the backseat for Normal, my golden retriever, to curl up on the passenger side, which was his favorite place to ride, with the window half open and a clear view of me. We've been traveling companions for almost as long as I have had Lily, that's what I called the Rambler when it was still my grandfather's car. I have fond memories of how Grampa used to let me sit up front with him and chew Wrigley's Doublemint gum. It might be a small thing to some people, but Grampa would not let anyone eat or drink in his car, just me, so no matter how old I got, I always felt safe, small and protected when I was riding in Lily.

It took us four days to get to where we were going. We both had pit stops and took time to get out and walk along the way. Even though it had been years since I last saw Grampa, little video clips were playing out in my head of memories that we shared together. He had lived until he was 96 years old, a happy man with simple dreams, putting him to rest in the place he loved most seemed fitting.

Eastpoint was hot this time of year, and we were both ready to stretch our legs. The map said I needed to be on Hickory Dip road, but the ocean was so inviting I took a detour to walk across the soft sand in bare feet with Normal.

Florida sand was so different from the sharp, dark sand of California beaches, and the atmosphere was quiet, the people were too. Most of the community was tied to the water in some way. It seemed fitting to be here now, as our own worlds began to quiet down. The crematorium sent Grampa's remains in a nice urn that had the chorus from Lady Antebellum's song Never Alone on it. Part of me wanted to keep it, hold it, set it on a mantle somewhere that I could see it when I wanted to, but he wanted to be free in the waters that he loved, so I opened the lid, and sprinkled a bit of the ash into the water at my feet as I continued to walk with Normal, until the urn was empty and my tears had dried. There was a slow breeze moving in over the water, and it wouldn't be long before the sun set.

He raced to the car, and sat at the door waiting for me to open it.

"Here's to another stretch of life near the water Grampa" I said as I set the empty urn on the seat beside me and we headed out to Hickory Dip road to pick up where Grampa had left off.

I turned the radio on for some music and Lady Antebellum's song began to play. I smiled into the rear view mirror.
"Love you Grampa."
© k~ 2015

This short fiction write was done for Master Class 2015.

Master Class 2015 - Ancient Mutterings
Master Class is a group of bloggers who write as a result of the inspiration from given prompts. The prompts are different each week, but some things remain the same:
This week's prompts are:
Speculative idiot
On location
Ancient mutterings

Here's my development based on the prompt "Ancient Mutterings": Forever and Ever
After several weeks of watching Grandpa Terrance decline, Madison decided to bring a tape recorder with her for their visit. She wanted to be able to keep as much of him with her as she could, as his descent into dementia persisted. Grandpa T was a grand master of storytellers, for as long as she could remember, he would gather the children around at his feet while he plucked ripe gorgonberries from mid air and passed them around in a bowl for everyone to taste. If the story lasted an hour the kids would ask for more at the end, they would have sat there all day if he had let them. Instead, he would give them some type of mission to focus on for the rest of their afternoon that took them outside in a state of wonder.
"Billy, I want you to find the wings of Miss Carrion's butterfly. She will not be able to return home until she has them back on her. You can look in the puddle of fallen leaves by the oak in your backyard. Look very closely though, they could be disguised as a leaf themselves" he said as he patted him on the back of the head.
Billy's attentive gaze never wavered as he nodded, while Grandpa T gave him instructions. He stood only three feet tall, on spindly legs, but when he was on a mission from Grandpa T he stood taller than the redwoods.
"Trudy, I want you to find the pathway that leads to mushroom hollow, where Miss Carrion's butterfly is supposed to go. You will need this," he said as he carefully put a willow switch into her hand. A purple crystal was held in place at the top, where it was tied with leather laces. "It is important to see that the sun shines through the crystal on the mushrooms when you find the hollow, you will be able to tell if it is the right place when the light becomes a rainbow over the top of the largest mushroom. Be sure to mark the place, so that we can find it again."
Trudy's eyes were alight with a twinkling that she only found after story time when Grandpa T would send her on another mission.
All of the children in the neighborhood knew Grandpa T. All of the children in the neighborhood loved Grandpa T, but that was then. The last seven years Grandpa T had been tucked away in Morning Meadows Retirement Community. The Meadows, as it was fondly referred to by those who were familiar with the area, specialized in providing a homelike atmosphere for people whose memories were fading.
Madison came to see Grandpa T three to four times a week, always with a smile. So far, he remembered her, but she knew that might not always be the case.

(This is the start of a much larger story. The prompt has crafted thoughts in my head that need to be nourished. Rather than dumping you in the middle of stark territory,  I will leave you here, where Madison considers what is necessary for her to save Grandpa T's memories, as he is losing the ability to retain them.)
©k~

Images used in this blog are either mine, or come from Morguefiles unless indicated otherwise.
Posted by k~ at 10:20 PM 6 comments:

Master Class 2015 - Skin Slipping
Master Class is a group of bloggers who write as a result of the inspiration from given prompts. The prompts are different each week, but some things remain the same:
This week's prompts are:
Slipping into another skin
Advanced settings
Blinding darkness

To get all of the details for Master Class, visit SAM's blog.

Here's my development based on the prompt "Slipping into another skin": 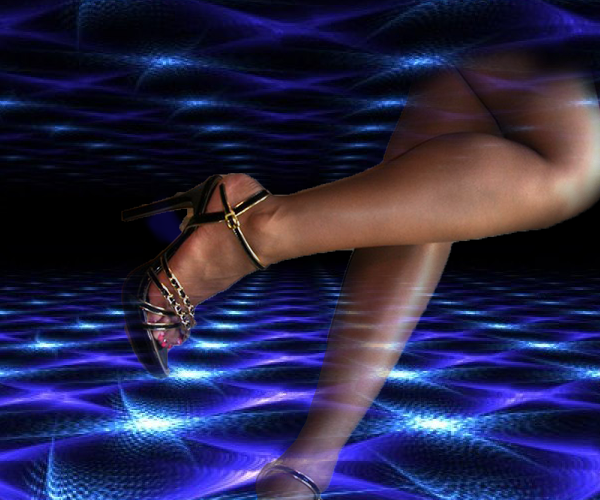 Dim lights painted small fractals on the hardwood floor in shades of blue. As Carla twirled on the ball of her heels, Adam held the small of her back carefully. Adam did not recognize Carla as the same girl they called Clumsy Carla in high school, he did not recognize her at all, but Carla knew who Adam was.
She only had been dancing for a few months now, and each time she went, Carla Pennington felt a bit more free. The silken dress that hugged every inch of her, rippled softly over her hips, before it smoothed out to accentuate the curve of her ass. She was fully aware of the power she held beneath the shimmering light.
Like Clark Kent before slipping into another skin, Carla was avoidable, but when she put her heels on, untied her hair, and let the swing in her hips go free, she was the center of attention on the dance floor, with super powers of her own. The beat pumped out steady bass, which seemed to meet first at the left, then the right hip. Adam's eyes were glued to her every move. At one point he stood still in the center of the dance floor and just watched her. The exchange unleashed her inner vamp. She turned her back to Adam and pressed her body up close to his as she slid down his to the floor in undulating motions. His heart beat was almost as loud as the bass in the room, she could feel it where their bodies met. When she was sure she had his full attention, she kissed him.

Before Adam could catch his breath, Carla was gone.

The next day at work, Carla overheard Adam talking to another guy in her office about this woman he met the night before.
"I did not even get her name, Nick. She was there in my arms one minute and gone the next."
Carla smiled as she passed in front of them both, hair piled atop her head, dark rimmed glasses in place, with an armful of folders."Scuse me gentlemen" she said as she moved between them.
"I wish I could find her again" Adam said as he took a sip of the coffee in his hands.