Mark was ecstatic when the twins were born, each with their blonde curls and blue eyes brought a spark of life, of happiness to his mundane existence. He had no idea that being a father would bring such joy into his world. Side by side, most people could not tell the girls apart, but even though they were identical twins, Hope and Faith had expressions that were unique, and that's how Mark told the two of them apart from the beginning. 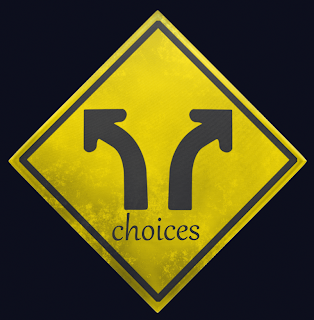 Mark delighted in their first steps, first words, and any other first he could record with his video camera in hand; the twins would be immortalized on video. His wife, Taylor, called him obsessive, but she was the first to offer to make popcorn so they could share his latest series of shots. Things were good.

All the way through grade school, Faith, and Hope wore matching clothes and hairstyles. They walked to, and from, school together; they were content to be with one another. They shared everything, friends, ideas, music, a bedroom, and even their bathroom, but that all changed when Chad Hornwick came into the picture.

Chad was a tall boy who was good at math and didn't like sports. He kept to himself most of the time but had taken a liking to spend time with the twins. He started walking them home from school in the eighth grade and driving them home during their freshman year of high school.

When the girls hit puberty, they both started to change. Faith began wearing her hair really short, and dyed it hot pink, with blue tips. Hope wore hers waist-length, most of the time in braids. Faith's makeup was reminiscent of the 80's punk era, with dramatic dark eyes, while Hope wore none. Their lives had become diametrically opposed.

"See ya' Dad, we're going to the park with Chad." Faith yelled from the front door.

"Okay, be home before it gets dark."

Faith mumbled a "yeah whatever," as she tossed her backpack over her shoulder.

"We will be," Hope replied.

They were good girls Mark would say to his friends; they never caused a bit of trouble, always did their homework, and helped out around the house.

"So, which park are you taking us to, Chad? Hope asked, as she pushed a pink ball cap over her head, to keep her hair from blowing all over in the convertible.

Faith turned from the front seat to face her sister who was sitting in the back. "It sure is Miss Goody Two-Shoes! Do you have a problem with that?" Faith asked.

"Well we told Dad we would be home by dark, but there is no way we can get to Chesney from here and back again before then," Hope said.

Chad and Faith were laughing. "You told dad we would be back, I never said that," said Faith.

Hope did not like defying her parents' wishes, but Faith was a bit of a rebel. Hope knew that it wouldn't do any good to say something to her sister now, she had already decided where they were going. A thick, sweet smell rolled up over the seat, even with the top down.

"What is that smell?" Hope asked.

"Smell? What are you talking about?" Chad said as he passed a blunt to Faith.

"There's a weird smell, it's really strong. I can't believe you don't smell it too."

Chad laughed as he took another toke off the blunt, and passed it again to Faith. "Nope, don't smell a thing."

Faith started laughing too, so hard she couldn't stop.

"What is so damned funny?" Hope asked. She felt like she was in the backseat of another world, instead of the same car with Faith and Chad.

Before they could answer her, Chad slammed on the brakes to avoid the oncoming truck. He didn't quite make it. A loud roar ripped through the air as the semi smashed into Chad's car. The car flipped over and then slid down the interstate like a shuffleboard puck, upside down.

It was almost dark when the ambulance arrived. Blue and red lights flashed, a quarter-mile from either direction from the car. Chad was found unconscious, 40 feet from where the car landed; he had been thrown from the car when the truck hit them. It was several hours later before they were able to pry the bodies of Faith and Hope from the wreckage.

Mark's happiness was drained that night, as he let go of his Faith, and Hope forever.


For the Scriptic.org prompt exchange this week, FlamingNyx at http://flamingnyx.wordpress.com gave me this prompt: One thing to give up to be happy: hope. Oh, and there is another: faith.

I gave Michael at Http://MichaelWebb.us this prompt: Marshmallows in the snow

Images used in this blog are either mine or come from Morguefiles unless indicated otherwise.
Posted by k~ at 5:25 PM